It’s every communication person’s nightmare. You organise a press conference to announce the planned subversion of a democratically held presidential election and carefully select as spokesman an attorney most recently seen fiddling with his shirt tails in a Borat movie sting.

You plan your schedule to the minute and get the (reluctantly) outgoing President himself to alert the world’s press via Twitter – only to find that a minor oversight means the message ends up being delivered from the car park of Four Seasons Total Landscaping, flanked by a sex shop and a crematorium, instead of the banqueting suite of the upmarket hotel you definitely had in mind.

It seems fitting that the presidency of Donald Trump should end this way, to the backdrop of Twitter exploding in hilarity at his humiliation.

It also shows how just one small misstep in planning can help plummet a reputation which, in truth, really needed no assistance.

One of the few saving graces of the Trump presidency is the gift it has been to satirical news shows and comedians. The likes of Trevor Noah, Sarah Cooper and Stephen Colbert have provided a glimmer of light for those who failed to see Trump and his followers as ‘very fine people’.

And it’s a delightful irony that the President’s cabal managed to trump them all in the laugh-ometer stakes with their disastrous display of bad losership, delivered on the tarmac of an out-of-town forecourt. 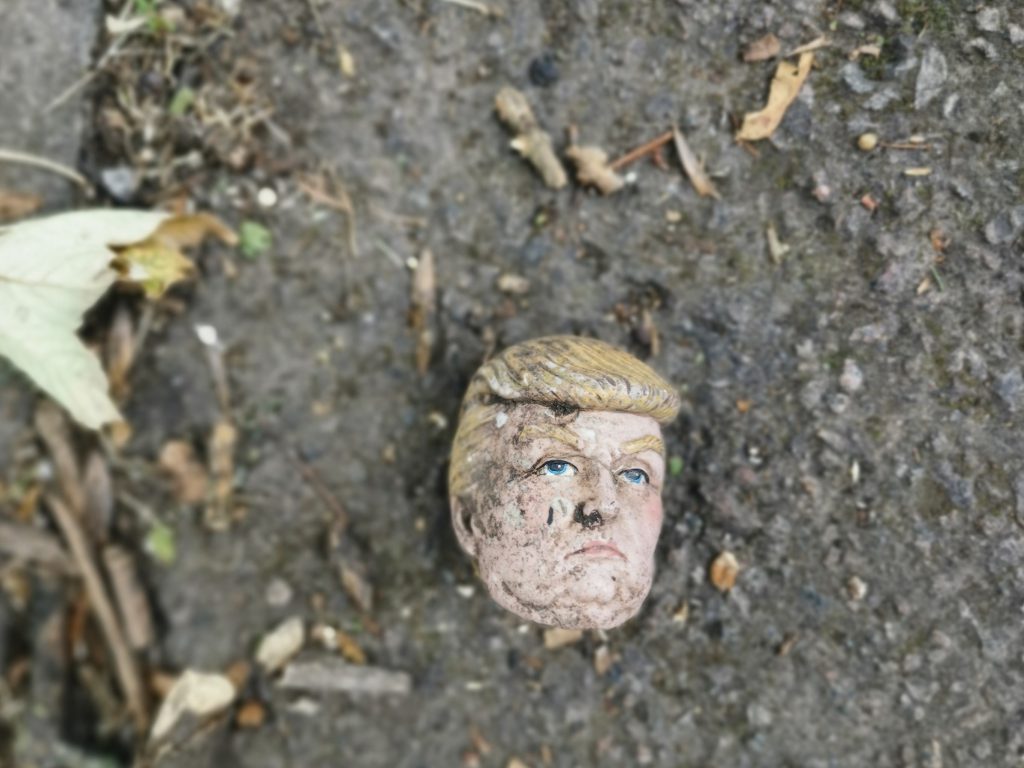